Staff Spotlight: Get to Know Our Community Organizer 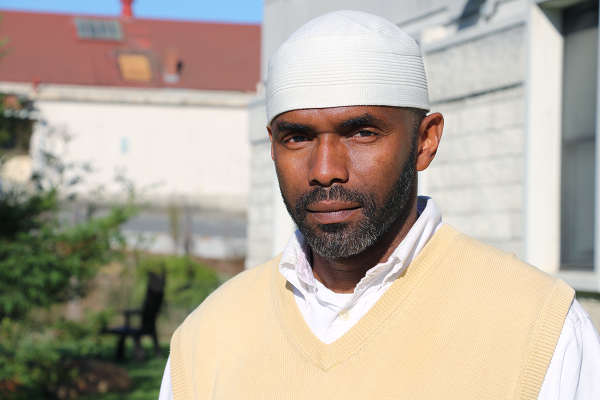 Joining the military seemed like a natural fit for Bilal given his family legacy. However, Bilal ended up leaving the Navy after his four-year enlistment to pursue other passions as a civilian. He began working with inner city youth, families, and incarcerated men. But for the most part, Bilal never really had interactions with the military and veteran community outside of his family. That all changed when Bilal met an older veteran while attending the memorial service of a family friend. They got to talking after the service and the older veteran talked about veteran benefits and encourage Bilal to finally get plugged into the VA system.

Bilal took the older veteran’s advice and finally—after 25 years—decided to enroll at his local VA. At the time of enrollment, Bilal was working to regain his independence as a divorced father of six children. Bilal was fortunate enough to have the support of friends who let him, and his family stay with them as he worked towards stability.

The VA helped Bilal by referring him to the Supportive Services for Veterans Families (SSVF) program at Swords to Plowshares to get help securing a home of his own. Bilal was then referred to our Employment and Training staff, where one of our employment specialists suggested a position as a Program Monitor with our organization. As a veteran with previous experience in community organizing and working with underrepresented populations, he was a natural fit for our “vets helping vets” model.

After spending some time as a Program Monitor, a full-time Community Organizer position opened at Swords to Plowshares. Bilal was encouraged to apply for the role by a fellow staff member. Bilal interviewed for the job and was selected due to his experience and great rapport with veteran residents. As Community Organizer, Bilal organizes activities for our veteran residents like bowling, fishing, karaoke, bingo, bay cruises, congregate meals, and sporting events. The programs and activities Bilal develops and manages for our residents aim to get our veterans active and involved in their communities.

“I have always loved to help people. The best part of this job is watching how people transform and change their lives,” Bilal said. “It’s simply amazing to not just watch this process, but also to help someone overcome the challenges of addiction or homelessness and seeing them prosper.”

Donate to support veterans and sign up to receive our mailer twice a year!