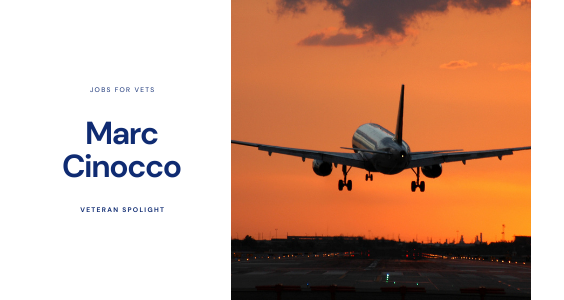 Marc Cinocco, 26, has found a place to land after experiencing homelessness and job insecurity. A student, Navy veteran, and aspiring pilot, Marc reached out to Swords for our housing and employment services where he received guidance to reroute his life. With the newfound stability, the sky is the limit for Marc.

Born and raised in Minatare, Nebraska, Marc always had the urge to get out of his small town and discover the rest of the world. After graduating from high school, Marc enlisted in the Navy in 2015 and served for the next four years as an aircraft handler. This position sparked his passion for flying planes. Excited to pursue flying as a career, Marc moved to Bakersfield, California to begin the process of obtaining his pilot license after separating from the Navy. He unfortunately experienced some difficulties in the process and found himself without a plan, facing homelessness.

For the next year and a half, he travelled around the country living out of his car before finally deciding to come back to California to reenroll into school at San Francisco’s Academy of Art University. Marc was able to live on campus as a student, initially solving his housing situation. Things were looking up for Marc until fall semester ended, and he realized that his university did not permit students to stay in their dormitories between semesters. Marc resorted to living in his car again.

During this time of uncertainty, Marc learned about Swords to Plowshares' transitional housing services. Our housing staff also guided him to Jobs for Vets, where we began working with Marc to help him on his career path. Showing eagerness to get back on his feet, he was able to secure a position with Swords to Plowshares as an Outreach Specialist. This new career opportunity and the support he is getting from his colleagues have allowed Marc to continue his education, while also building a financial foundation for his future – one that will eventually include flying planes as a personal hobby.