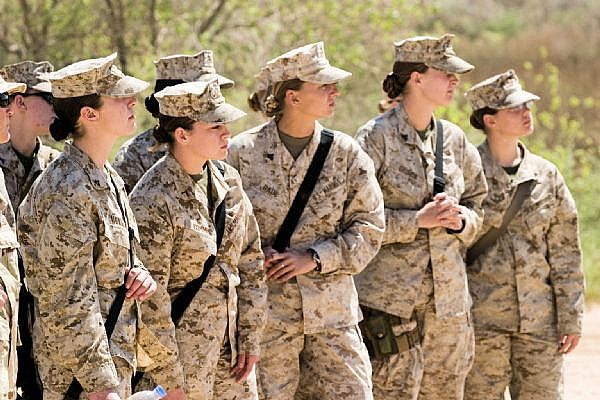 Until recently, very little was known about women veterans and suicide. What researchers have recently discovered is sobering news.

A study published recently by the Department of Veterans Affairs (VA) shows that women veterans are at a greatly increased risk of suicide compared to their male counterparts.

The LA Times reported that while suicide rates are highest among young women ages 18 to 29 — nearly 12 times that of nonveteran women — the risk remained highly elevated for women who had served as far back as the Korean War.

Finally, another recent study looking at data from over 160,000 troops found that “the most likely soldiers to attempt suicide were women who had received a mental health diagnosis in the past month.”

In light of these findings, elected officials in Washington have introduced legislation aimed at combating women veteran suicide. Rep. Julia Brownley (D-CA-26) and Senator Barbara Boxer (D-CA) have introduced the Female Veteran Suicide Prevention Act in both the House and Senate. The bills insert women-specific language into the Veterans’ Benefits Law as a means to evaluate mental health and suicide prevention programs. The new amended sentence would state that program evaluations must “use metrics that are common among and useful for practitioners in the field of mental health care and suicide prevention, including specific metrics applicable to women.” The bill requires the VA to identify which programs are the most effective and have the highest satisfaction rates among women veterans, data the VA is currently unable to provide.

Why is it necessary to mention women specifically? While the previous language seems gender-neutral, the fact is women are being left out of important research and studies.

For example, a recent UCLA study found that a large majority of veterans with mental health needs both did not receive adequate treatment, and were more likely to consider suicide. The author asserted their study is “one of the few to make estimates based on all the veterans in California,” yet women veterans were not included in the study. In fact, many seminal medical studies did not include women in clinical trials, including those on the use of aspirin in treating heart disease and stroke.

The omission of data on women is a widespread problem, extending beyond the medical and mental health fields. The Department of Labor has struggled to produce meaningful information on women veteran employment needs, citing a lack of data as the most common challenge.

Women veterans aren’t being studied and there is clearly a strong need to do so. Are there really any differences between men and women veteran suicide? Simply put, we don’t know what we don’t know and that alone can have deadly consequences.

Gender differences in medical evaluation and treatment are well documented. Women can experience a higher risk for adverse drug reactions across a spectrum of medical treatments, from anesthesia, to sleeping aids, to blood pressure medication.

Research on veteran psychological and cognitive injuries found that men and women experience stressors differently and may react differently to symptoms of post-traumatic stress disorder (PTSD). Women with PTSD were more likely to suffer from depression while men were at a greater risk for alcohol abuse. Further, women often face increased barriers to accessing adequate treatment.

The research and studies that are available and not available show us that more research is key to understanding the different mental health needs of women veterans, and the Female Veteran Suicide Prevention Act is an important first step in exploring those differences. With so many women veterans committing suicide each year, we can’t afford not to.