The Battle for Veterans' Healthcare 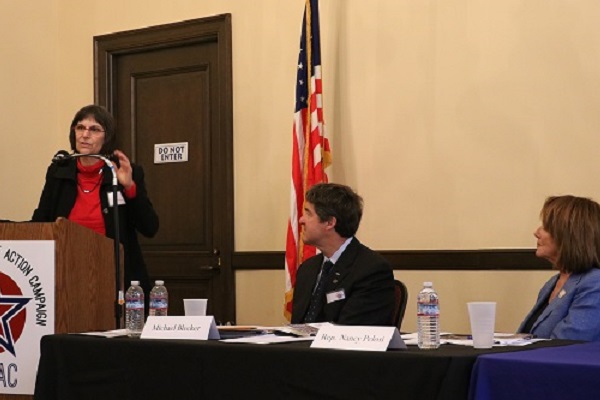 In The Battle for Veterans’ Healthcare, award-winning author Suzanne Gordon takes us to the front lines of federal policy-making and healthcare delivery, as it affects eight million Americans whose military service makes them eligible for Veterans Health Administration (VHA) coverage.

Gordon’s collected dispatches provide insight and information too often missing from mainstream media reporting on the VHA and from Capitol Hill debates about its future. Drawing on interview with veterans and their families, VHA staff and administrators, health care policy experts and Congressional decision-makers, Gordon describes a federal agency under siege that nevertheless accomplishes its difficult mission of serving men and women injured, in myriad ways, while on active duty.

The Battle for Veteran’s Healthcare is an essential primer on VHA care and a call to action by veterans, their advocacy organizations, and political allies. Without lobbying efforts and broader public understanding of what’s a stake, a system now functioning far better than most private hospital systems may end up looking more like them, to the detriment of patients and providers alike.

Suzanne Gordon is an award winning journalist, and author whose research focuses on patient safety, aviation safety, healthcare delivery and health care systems. She is the lead editor of the Culture and Politics of Healthcare Work Series at Cornell University Press.

She has been a radio commentator for CBS Radio and National Public Radio’s Marketplace. Her articles have appeared in Harper’s, The Atlantic, The New York Times Magazine, The Boston Globe, The New York Times, the Los Angeles Times, the Toronto Globe and Mail, Annals of Internal Medicine, JAMA, and many others. She lectures and consults about teamwork and safety in healthcare and has developed courses on Teamwork and Communication in Healthcare settings.