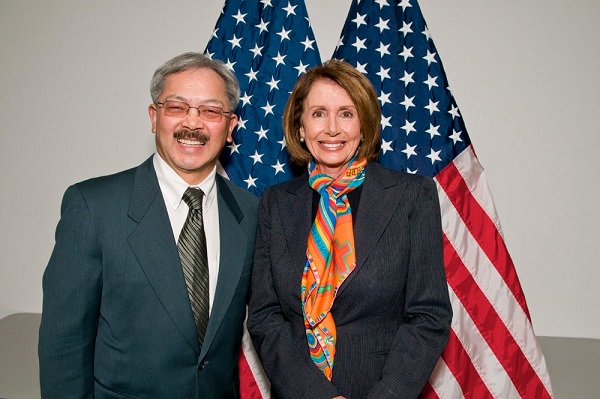 The men and women who serve in the U.S. Armed Forces deserve the greatest respect and dignity for having sacrificed for our country, and San Francisco is committed to making sure our veterans who are returning home get the services they need and deserve, including permanent supportive housing," said Mayor Lee. "That's why I'm proud that our City and its partners are making housing for our veterans a priority."

"We have a solemn responsibility to care for our men and women in uniform, on the battlefield and at home,"� said House Democratic Leader Nancy Pelosi. "This announcement brings San Francisco one step closer to ending veteran homelessness by 2015.  It is the least we can do for those who fight in the name of our security and our freedom." The U.S. Interagency Council on Homelessness (USICH) set an ambitious goal in the 2010 Opening Doors Federal Strategic Plan to End Homelessness to end veteran homelessness by 2015. Nationally, the U.S. Department of Veterans Affairs (VA) and the U.S. Department of Housing and Urban Development (HUD) are tasked with partnering with local communities to reach this goal. San Francisco shares this reachable goal with a combined effort from the strengths and resources of the local system with those of the VA, HUD and USICH.

We have a solemn responsibility to care for our men and women in uniform, on the battlefield and at home," said House Democratic Leader Nancy Pelosi

"In every community we've worked with, attitude is the game changer. You've got to have a team on the ground that insists on doing whatever it takes to get our vets into housing," said 100,000 Homes Campaign Director Becky Kanis. "In the last 100 days, San Francisco has proven that it has that team."

"This incredible accomplishment demonstrates that with the right resources, determination and cooperation within the community, we can end veteran homelessness once and for all,"� said Swords to Plowshares Executive Director Michael Blecker.

In order to maintain the new pace and meet the goal, local homeless veterans need safe, decent housing and landlords who are willing to work with the partnership. The challenge is that veterans are given their HUD-VASH rental assistance voucher faster, but many are still unable to locate an apartment in the currently competitive rental market. Landlords interested in renting to veterans, contact the San Francisco Local Homeless Coordinating Board at the Human Services Agency at 415-557-6007.