Renewing Our Focus in a Post- "Five-Year Plan" Era 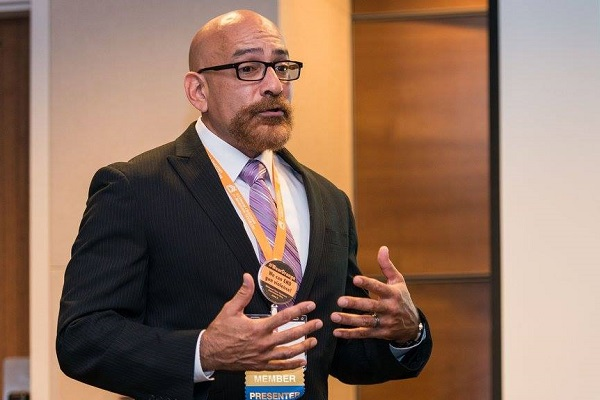 There was an ongoing theme of perseverance during presentations at the National Coalition of Homeless Veterans (NCHV) conference this year. The deadline for Obama’s five-year plan to end veteran homelessness had passed six months ago, and while some communities had reached the goal of functional zero, most had not. One of the main topics of discussion during the conference was: what next?

NCVH was organized in 1990 by a small group of community-based veteran service providers who were troubled by the disproportionately large percentage of homeless people who were veterans and the lack of veteran-specific programs to help them. Today, NCHV is associated with most of the veteran service organizations and has been involved in many of the strategies, programs or legislative measures on veteran homelessness in the nation. When the White House and VA announced a five-year plan to end veteran homelessness starting in 2010, NCHV led the way.

The ultimate goal with the five-year plan was to reach functional zero. The term “functional zero” is intended to reference an ideal point where all chronically homeless individuals are housed, often through programs like HUD-VASH or SSVF, and when homelessness does occur, it’s a brief and episodic with minimal recidivism. In this context, ending veteran homelessness does not mean reaching a point where we have eradicated the problem completely with every veteran off the street. It means that systems and resources have been put in place locally to identify and offer temporary or permanent housing to any veteran who becomes homeless, provided that there will be an eventual exit from that temporary housing to permanent housing.

When the five-year plan ended on December 31, 2015, only seven cities or states were able to claim functional zero, (Connecticut, Houston TX, Las Cruces NM, New Orleans LA, Philadelphia PA, Santa Fe NM, and Virginia) while locations like San Francisco were still addressing a significant chronic homeless veteran population. Despite not reaching the ultimate goal, the five-year push was still a tremendous accomplishment in terms of how many veterans were housed and the significant decrease overall in veteran homelessness. The timeline was ambitious, but if we take into account cities like Houston or New Orleans, who have attained functional zero, we see it wasn’t an impossible task.

Leon Winston, Chief Operating Officer of Swords to Plowshares and one of the NCHV board members, took a trip to Houston with a group of VA advisors to see how such a large city had achieved the five-year goal and what they were doing different than a city like San Francisco. He discovered that Houston was not doing anything different, but instead it appeared that San Francisco was actually doing more overall. He stated “We are just as committed to the goal and our leadership team and community partners are equally talented and dedicated to the task.” So what was the only salient difference? Housing cost and availability. Still, the results that have been achieved in San Francisco in the last five years have been significant in light of the difficulty to find adequate housing in a city with some of the highest property values in the nation.

The focus of this year’s NCHV conference was what to do moving forward. Some of the veteran-serving programs that had been around for many years and have served veterans and their communities diligently and faithfully began to face an existential crisis when the 5 year plan was first introduced. What would happen to them if veteran homelessness is actually achieved? What we’ve learned is that the goal is far from an end to veteran homelessness. Instead, it means that we reimagine and refocus our systems and programs and develop a new crisis-response system so that a community will have no chronically-homeless veterans on the streets and any new homeless veterans are identified and housed in a short periods of time. It means rebooting and reimagining programs to be proactive instead of reactive. It also means that the ultimate goal when serving homeless veterans should be direct housing.

As we examine communities like Houston that have attained the ambitious goal of housing all homeless veterans currently identified who accepted assistance, a common misstep would be to assume that the work has been completed and the problem eradicated from that community, since ‘reaching a goal’ is usually associated with ‘completion.’ Houston still houses over 100 veterans a month, a statistic that seems contrary to completion. It is imperative that we have a comprehensive understanding of what functional zero actually means and not jump to premature narratives about the significance of achieving this objective. When each of our communities reaches functional zero, we need to transition into sustaining this new state through ongoing work, continuous funding and persistent vigilance. If programs like SSVF and HUD-VASH are not renewed and maintained, we will trade functional zero for a new wave of chronically homeless veterans. “The front door to veteran homelessness is still wide open,” says Leon Winston. “If declaring victory, even as nuanced, results in a tapering off of resources, the numbers of veterans trying to survive on our streets will once again increase.”