Reflection on the Growing Needs of Vietnam Veterans This Memorial Day 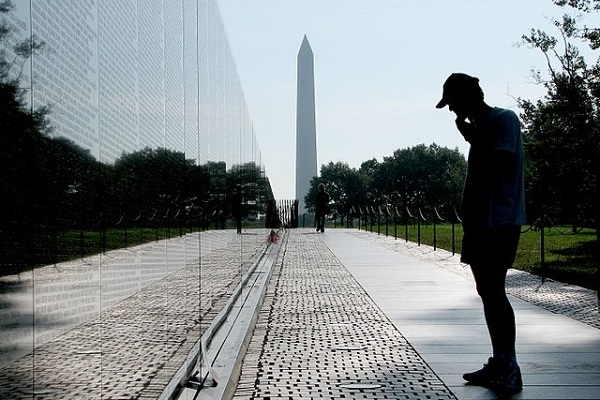 When I was very young, my family and I immigrated to the United States from a communist country and while growing up in America, one of the first things I noticed was the homeless. It seemed odd no one was helping them. They had these cardboard signs, like advertisements or resumes qualifying their homelessness. A disproportionate amount of these cardboard signs would say “Vietnam veteran.” In 1987, a New York Times article was released that shocked the nation. The study reported that there were between 230,000 to 750,000 homeless veterans in the country, two-thirds from the Vietnam era. In bold print staring at them from the front page of their morning paper, the public couldn’t ignore this problem anymore. This was a humiliating stat for the home of the brave. What made these veterans so different from other war veterans? How did so many slip through the cracks?

When the draft was re-instated for Vietnam, activities such as college attendance and civilian occupations that favored middle/upper class were all ways for young men to avoid service. Due to this “poverty draft”, 76% of men drafted were from the lower class, making the vast majority of Vietnam draftees poor, under-educated and urban blue-collar workers.

Along with the “poverty-draft”, President Johnson devised Project 100,000 as a way for men with no other opportunities to better themselves. Enlistment standards were lowered so these men from inner-city, urban areas could join the service. They were promised special training and useful skills they could use to make a living after their enlistment. Instead, the vast majority weren’t given any special training and were usually thrown into infantry divisions and put on the front lines. The ratio of men from Project 100,000 on the front lines was disproportionately higher than their peers and their casualty rates were twice that of other entry categories. When these veterans returned home, they went back to their lives of poverty without any applicable skill or trade to make a living. Studies show that Project 100,000 veterans were more likely to be unemployed, had a significantly lower level of education and had a lower income than other veteran groups.

During the Decade of Neglect, Vietnam veterans faced a level of discrimination and hostility that no veterans of previous wars had ever encountered. For the American public, Vietnam was a shameful subject. While WWII veterans came home in uniform to parades and fanfare, Vietnam veterans hid in civilian clothes and avoided mentioning their service. The government had set-up programs to assist WWII veterans in returning to civilian life, like the GI Bill for school and the GI loan to buy their first home. In comparison, the programs for Vietnam veterans were subpar. The GI Bill was only around $300 a month; not even enough to pay for tuition to most schools, much less any living expenses or books. When these veterans applied for jobs, their military service acted as a negative screening device in the labor market. These individuals were unpopular veterans of an unpopular war. It seemed people just wanted to forget about them both.

After years of struggle, rejection, and hatred, Vietnam veterans have fought for and won their rights and dignity. Though there is still a lot of work to do, many of the homeless Vietnam veterans have been helped off the street. Today, Vietnam veterans are facing a new issue: time. 64% of our veterans today are over 55 years, a total of 13.9 million. In the next 10 to 20 years, the country is facing an increasing demographic of senior veterans. Even if these veterans have temporary or permanent housing today, they are getting to an age where they will need advanced care and assistance. Studies have shown that a Vietnam combat veteran can actually be older than their chronological age. As they get older, new medical and mental issues are beginning to surface. Post-traumatic stress disorder (PTSD) is one of the most common sequelae for Vietnam veterans. Symptoms can first manifest as much as 40 years after combat. These veterans could have functioned successfully throughout their life with no chronic stress-related disorders but begin to register increased combat-related thoughts, feelings, memories or symptoms sometimes decades after combat. These symptoms usually worsen in later life and have dangerous medical repercussions. Studies have found that veterans with PTSD are more at risk for chronic medical issues like cardiovascular disease, diabetes, auto-immune disease, and others. They are also twice as likely to develop dementia.

As aging veterans struggle to find suitable assisted living and care, with new issues like dementia and PTSD beginning to plague them, these veterans are struggling to stay optimistic. Two out of three veteran suicides are over the age of 50. Unlike the popular conception, time does not heal all wounds, and if left untreated, traumatic brain injury and PTSD can drive a veteran to despair even 40 years after combat.

Today we must be aware of these growing health risks among the aging Vietnam veteran population. With everything that they have been through in combat, and throughout the age of neglect here at home, it’s important that we give these veterans the respect and care they deserve. As their needs grow, we can honor these brave veterans with our support.

Every year, we honor Memorial Day by spending time with loved ones and remembering those who paid the ultimate sacrifice for our country. As we remember our heroes on this Memorial Day, let’s not forget the brave men and women of the Vietnam era who answered America’s call and became heroes.