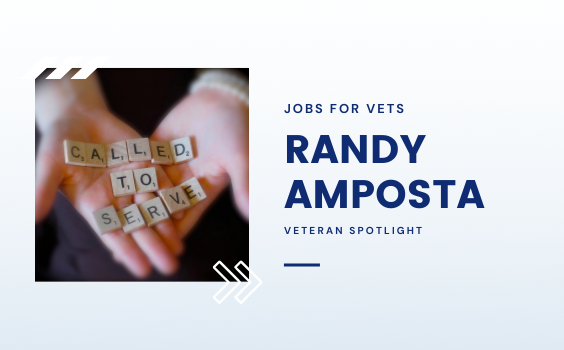 Bay Area native Randy Amposta, 45, has always had a passion for serving his community. He came to the Swords to Plowshares employment and training program looking for guidance that would lead him to a career path that aligns with his personal desire to help others. With the assistance of Swords’ staff, Randy was able to set himself up for success and reach his personal and professional goals.

Randy served in the U.S. Navy as an Operations Specialist from 1996 to 1997. After separating from the military, Randy worked as a Customer Service and Claims Representative for T.P.S Aviation in Hayward, California. A dedicated individual, he worked in this position for 17 years. However, Randy was most inspired by the volunteer work he did with East Bay youth. Specifically, he spent a lot of his free time as a community volunteer at the Boys and Girls Club and an Assistant Jiu-Jitsu Youth Coach at Edge Training Center. These experiences led him to seek employment opportunities that foster community wellbeing.

Randy came to Swords to Plowshares with the uncertainty of a successful outcome. He shared that he never utilized any VA services, or employment assistance programs before. As Randy was facing unemployment, he also needed assistance in finding housing to care for his mother, going through the beginning stages of dementia. With the help of Swords’ staff, he was able to uncover his career goals and have clarity on the path he was seeking to take.  His desire for a position that involved helping others in need naturally led to seeking employment in the non-profit sector. After updating his resume and cover letter, he attended virtual events that introduced him to state and local employers. Randy was excited about everything he was learning and the new doors opening for him.

Simultaneous to his job hunt, Randy was also searching to find housing for his mother. Through this he learned about Building Futures, a Bay Area non-profit organization that assists underserved individuals and families facing homelessness and domestic violence. Randy was intrigued by their work and saw it as an organization with a mission that paralleled his own passions. He confidently used his new networking skills to reach out to Building Futures and eventually was offered full-time employment  as their Homeless Outreach Specialist. In his new role serving the community, Randy is grateful for the opportunity to help others for a living.