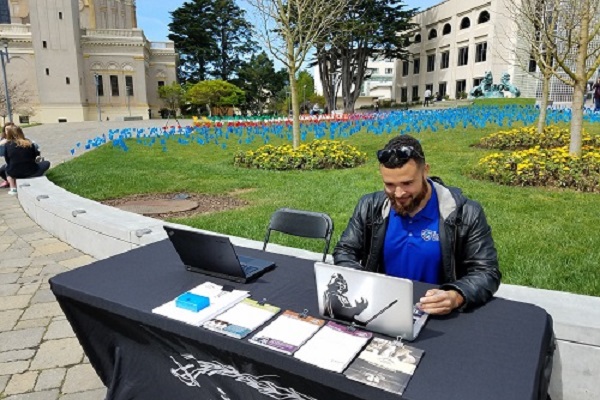 At the beginning of the 2016-17 school year, the Institute for Veteran Policy at Swords to Plowshares reached out to four local colleges and universities to better understand the direct challenges and needs of military-connected students in the San Francisco Bay Area. These schools included UC Berkeley, City College of San Francisco, San Francisco State University, and University of San Francisco.

Our final data and report will be released in summer 2017. As preliminary data comes into focus, we see the importance of coordinated, culturally-competent student services for military-connected students, so they may succeed in their college education and career goals. These six areas were prominent in our findings.

Two out of the four colleges that participated in the focus groups had an on-campus mental health provider trained to work with veterans. A student described that care is provided by a “holistic team, and so I really felt like they had my back.”

Students that didn’t have this support felt that their respective colleges needed to make efforts to put it in place. One school without veteran mental health providers on campus experienced two veteran suicides in 2016.

Many of the students said that the housing availability and high rents in the Bay Area led them to seek housing outside of San Francisco or Berkeley. Long commutes, unstable housing, and the added financial stress was reported to affect coursework and in some situations, lead to homelessness.

Housing troubles have negative impacts on student outcomes. One transfer student soon found himself in a homeless shelter after he left his community college in another city. Clearly, students require stable housing to succeed.

Certifying officials are responsible for the approval and verification of the classes veterans take so they can receive their education benefits. They often perform collateral duties in the registrar’s office, which leaves them overworked. Many veterans expressed that training gaps for the position caused difficulties in getting both paperwork processed and their education benefits approved.

Training certifying officials is a worthy investment. The administrative process can often be one of the earliest barriers students face when using their G.I. bill.

One veteran said, “Yes, there’s a lot of things like disconnects with the administration, a lot of times I’ve gone in for things, and they don’t even keep track of if you’re certified to receive benefits half the time.” While some colleges performed better than others in this area, it’s important to note that this may require training, better information systems, and restructuring within departments so certifying officials feel supported as well.

Faculty and staff in the four colleges received mixed reviews from the veteran participants on their cultural competency. Some students expressed that staff and faculty didn’t understand their experience as veterans. Yet, some received praise for their efforts.

One student said of a non-veteran staff member, “He is always approachable, he always listens, he doesn’t judge you…you don’t see any judgement on his face. It’s like he understands exactly what you went through even though he didn’t have to participate in any of it.”

Swords to Plowshares held a Cultural Competency Training for Educators and Staff in San Francisco on February 3rd, 2017, to inform them about military culture and how to have more authentic interactions with veterans on campus. Representatives from various colleges and universities in the area attended, and Swords to Plowshares hopes to continue these trainings on campuses.

The Post-9/11 G.I. Bill is more robust than previous benefits. It offers a housing stipend, money for books, a provision for private universities and much more. However, students who were in the sciences, health-related fields, engineering, or computer science found the four year or 36-month limitation of the benefit did not cover their entire degree.

In addition, gaps in payment for their housing stipend in summer and winter also led to financial difficulty. “What do students do during the summer and winter…there’s a gap and you don’t get that end of the semester check to keep you going until the next semester starts.”

A recent development is that an improved version of the current bill was discussed to address many of the areas that could be improved. Statements from Student Veterans of America and their current research could be used to inform this push to change. Vietnam Veterans of America have also advocated for needed changes. The new bill draws from several other bills and draft legislation to build a new G.I. bill to support veterans in the future.

The Forever Bill, as it’s been tentatively named, would expand eligibility beyond those with fully honorable discharges, and provide longer support for degree programs that take more than 36 months to complete. Also, the bill proposes to remove the “use it or lose it” deadline of 15 years and to extend the improved G.I. bill benefits for veterans of previous generations.

Another group that often get forgotten are Reservists and National Guard. Unless they’ve been activated and met the minimum requirement for service, they don’t receive the benefit. It was recently reported that several Purple Heart recipients who fell into this category were not provided full education benefits.

Many veteran groups have been vocal about the increased payment required to fund the bill, often to the point of contention. It’s important to be realistic about the financial limitations of junior service members, but also about where the funds for all these provision increases could come from. A tiered payment plan based on time in service could provide some relief for those in the early stages of military service.

With the collective efforts of veteran groups across the country, our research, and the stories that we share, we will promote supportive practices for veterans on campuses and ensure they have the resources to succeed in school, employment, and in their communities.

This early analysis comes at the intersection of an official examination of our current supports and benefits by advocates and lawmakers. It’s our hope that this discussion continues. Many of the current advocates come to this discussion as alumni of the Post-9/11 G.I. bill. To secure this benefit, to include those previously excluded, and to educate the community on the experience of its citizens who return home, this effort must continue.

Victor spent four years in the U.S. Marine Corps. He is an OIF veteran who served two tours of duty in 2003 and 2004. He has been active in the veteran community since 2008, focusing on access to education for California veterans. He served as president for the Student Veterans of America chapter at University of the Pacific.