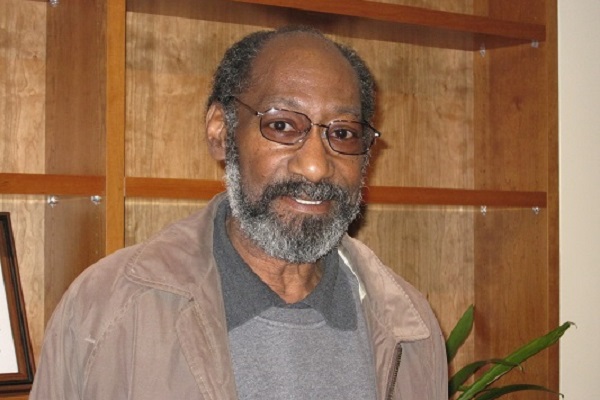 SFGate – Maceo May, whose national advocacy for homeless military veterans in the 1980s and ’90s led to more housing for the needy and a better understanding of post-traumatic stress disorder, died Friday. He was 67.

Mr. May, an Oakland resident, died of heart failure at the San Francisco Veterans Administration Medical Center after a long battle with diabetes.

He worked from 1988 to 2000 in San Francisco at Swords to Plowshares, which helps former members of the military transition into civilian life and specializes in helping homeless veterans. He started out as a counselor, rose quickly to become Swords to Plowshares’ housing director and oversaw the expansion of the agency’s veterans housing from 15 units to 200.

While at Swords, Mr. May served on the Congressional Black Caucus Veterans Braintrust, which advises members of Congress on issues affecting African Americans who have served in the military, and the National Coalition for Homeless Veterans. He also did a stint as president of the San Francisco Veterans Affairs Commission and was the first president of the Treasure Island Homeless Development Initiative.

His interest in veterans affairs grew out of his time in the Army from 1965 to 1970. He served two of those years as a helicopter door gunner in Vietnam and was honorably discharged as a corporal.

Relatives said he had volunteered for combat duty in Vietnam to keep his twin brother, Marco, from having to serve there. Marco May was also in the Army, and military policy allowed siblings to be exempted from a combat zone if another was already there.

After his service, Mr. May worked in the insurance industry before going into veterans advocacy work.

“Back when Maceo was serving, and for many years after that, (post-traumatic stress disorder) was barely known as the disorder we know it to be today,” said Ralph Cooper, co-founder of the national veterans coalition and a member of the caucus brain trust. “Maceo was on the leading edge of helping this country understand that this was a legitimate disease that needed to be treated, and that we needed more housing for vets who were struggling.

“He left a real mark on this nation. Maceo was a real hero.”

Mr. May was born in St. Louis to Norman and Bertha May. Once he graduated high school, he followed the path of his eight brothers and joined the military.

“We all went into different services – some Navy, some Air Force, me to the Marines and Maceo and the rest to the Army,” said his brother Les May of Berkeley. “St. Louis was full of gangs, and it was our way to get away from that.”

Michael Blecker, executive director of Swords to Plowshares, said Mr. May had a particularly deft touch in reaching out to his fellow black veterans.

“Maceo was a leader, a really important face for veterans who were on the street,” Blecker said. “Here he was, an African American combat veteran, and he knew what he was talking about – plus he was very good at what he did. He had credibility.”

Mr. May retired from Swords in 2000 as his diabetes worsened and then served on its board of directors from 2004 until his death.

He is survived by one sister, Vivian Norwood of Charlotte, N.C., and six brothers: Les and Bruce May, both of Berkeley; Marco May of Alameda; John May of Honolulu; and William and Norman May, both of St. Louis.