From Ship to Shore - A Sailor's Journey in Helping Others 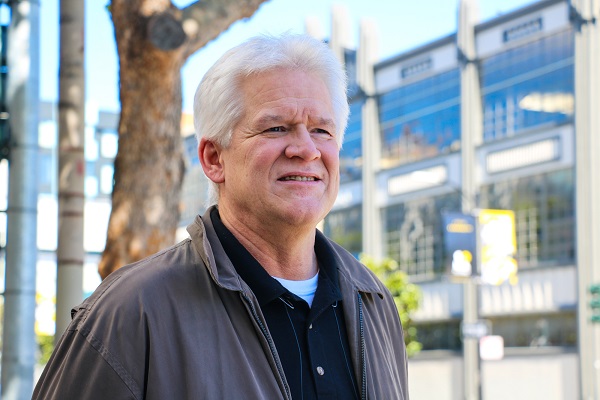 Joel Champion had a modest upbringing in Davis, CA, where his father was the local milkman and was a veteran who served in the U.S. Army National Guard (1959 – 1965). Joel’s father wanted him to have a good education and sent him to a private all-boys’ Catholic school while he was growing up. Upon graduating high school, Joel opted to join the U.S. Navy instead of college.

During his time in the Navy (1984-1994), he was stationed at Naval Air Station Whidbey Island in Oak Harbor, Washington and logged a lot of flight deck time as an aviation electronics technician, deploying from the East Coast around South America’s Cape Horn to Seattle, Washington aboard the USS Nimitz.

About six months before Joel was set to leave the Navy, he began looking for electronics jobs in the Yellow Pages, eventually landing a position with Ricoh Electronics in San Francisco. With a new job in line, Joel, along with wife and three kids, packed up their belongings and moved to the Bay Area to begin a new chapter in their lives.

At first, Joel’s transition from the Navy went smoothly, but after a few years Joel began to struggle with substance abuse and eventually landed him in a First Step Program in Menlo Park. A counselor at the program referred Joel to Swords to Plowshares, where he entered the transitional housing program at Treasure Island. After two and a half years of counseling and participating in our work program, he graduated and left Treasure Island for a job doing digital retrofitting for Comcast in San Francisco.

But after a few years of pulling cable, Joel had a desire to change careers and work for the nonprofit that had helped him so much in his own life. With that goal in mind, Joel with back to school to study substance abuse and addiction counseling. To get his foot in the door, he applied to be a part-time weekend program monitor at the Veterans Academy, but was only at that job for two weeks before transitioning to a full-time position as an intake specialist at our Drop-in Center.

As an intake specialist, Joel was often the first point of contact for our veterans at the front desk of our office at 1060 Howard. This was a good way for Joel to not only interact with veterans in need, but also learn about all the other programs and services Swords to Plowshares provides. After about 18 months, Joel took a case manager position with our Supportive Services for Veterans Families (SSVF) program before eventually making his way over to the Fairfax Hotel and now the Veterans Commons as the Property Manager.

Joel is a fine example of a former client that truly abides by our “vets helping vets” model. Joel stated that the best part of his job is working with great people who share a common goal. “I’ve built outstanding relationships with our veterans, especially my tenants that I manage and let me say, there is nothing more rewarding than helping a veteran accomplish the goals they have set forth and have been working so hard on.”

Give to Support Our Mission