From Combat to Community Counselor: How One Veteran Joined the Fight to End Veteran Homelessness 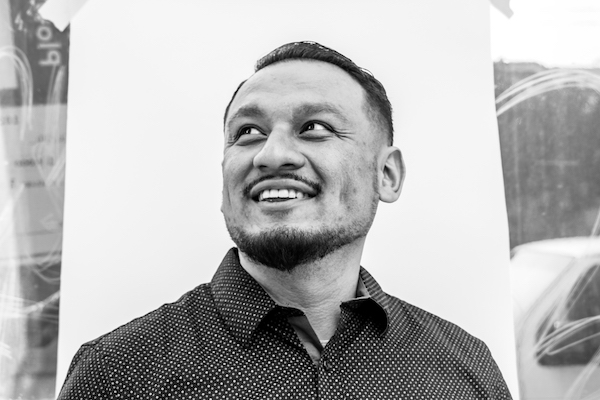 Gabriel “Gabe” Iturbe was born and raised in the San Francisco Bay Area as the son of immigrant parents from the Philippines and Peru. Life for Gabe and his family growing up was not always easy. He experienced some major traumas at a young age, including losing a close friend to suicide and nearly losing his brother to gang-related violence.

Fortunately, he found mentorship from two police officers in his hometown who encouraged him to serve his community. With their guidance, Gabe was able to cope with his traumas. Wanting a better future, he decided to join the military to start a new chapter in his life. Gabe served nearly 20 years in various roles of military law enforcement in the United States Air Force (Active Duty 1998-2005, Reserves 2005-2010) and United States Army Reserves (2011-2017) including five deployments to the Middle East.

After his last deployment to Iraq in 2008-2009, Gabe began to experience symptoms of PTSD. He became reclusive, hyper-vigilant, and emotionally isolated. On top of that, his marriage to the mother of his four children began to dissolve. In 2012, Gabe decided to finally seek help from the VA for both his physical and mental health. Gabe wanted to be more deeply involved in the veteran community and, in his search, he discovered Swords to Plowshares.

He reached out to our Employment and Training department to express his interest and willingness to help veterans. Staff thought Gabe would be a good fit for an open position in our housing program.  He was offered the position and he left his job in the security industry to start work at the Veterans Academy, Swords’ longest running permanent supportive housing program.

After about nine months, a position as an outreach specialist working with homeless and at-risk veterans in the East Bay opened at Swords to Plowshares. With Gabe’s military background and experience working in our housing program, he was a natural fit to work with some of our most vulnerable veterans. Over the next couple of years, Gabe went to tent encampments, shelters, VA facilities, and just about anywhere to help unsheltered and veterans with high acuity connect to services. Gabe’s empathy and compassion from his outreach work led him become a community counselor at our San Francisco Drop-in Center, working to serve our veterans to best of our ability even during the COVID-19 crisis. Gabe’s commitment has been unwavering. He is still providing triage, mail and medication services to our veterans.

“It’s been a challenge to adjust the way we work with veterans and connect them to the right resources,” said Gabe. “With information changing daily, it’s been difficult, but we have adapted quickly and done everything possible for our veterans and I’m so proud of our team and Swords for that.”