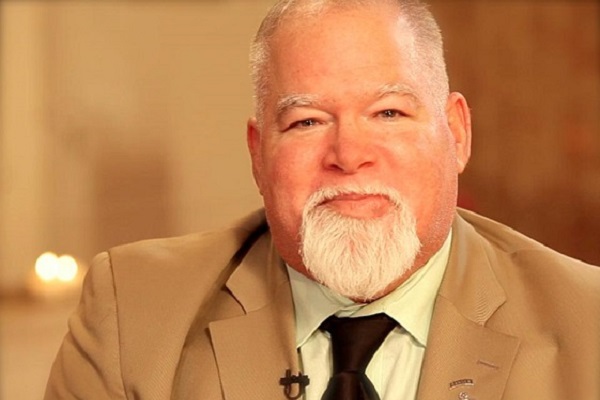 It is with great sadness that we write of the passing of Steve Robinson, a leader among veteran advocates. Steve’s knowledge of military and veteran issues was encyclopedic, from resiliency techniques to the bureaucratic minutia of DoD and VA policy. Steve saw veteran issues from many sides, – as a son, a soldier, a wounded warrior and an advocate for veterans. He testified before Congress, ran nonprofits, and finally effected change as a philanthropist supporting organizations that fill gaps in care and help returning veterans fully reintegrate back into society.

Beyond that, he had a gift for reaching out and connecting, offering personal support and mentorship to so many veterans, families and servicemembers in need.  Steve has, over the years, supported our mission at Swords to Plowshares in powerful ways. In the 1990’s, as a Gulf War Resource Center board member he worked with our staff in researching the impact of toxic exposure and fighting for recognition of Gulf War Illness so that his veteran peers might have access to critical healthcare.

I saw the ugliness of war and the glory of men and women fighting side-by-side to protect one another.

From the start of the wars in Iraq and Afghanistan, he lent his skills and knowledge to fight for the welfare of new combat veterans. He represented us in Washington, D.C. in coordinating panels and roundtables for the Coalition for Iraq and Afghanistan Veterans conferences. At one such roundtable he stated, “The time has come and today is the day that we come together, identify the most pressing unmet needs and begin a formal partnership to provide the resources and meaningful programs that will help them truly come home and reap the benefits of the hard work they have done.” This was a particular gift of Steve’s, bringing advocates and experts together with varying subject matter expertise and from every political stripe to join in our shared goal of supporting veterans and their families.

Steve was at the forefront of every issue, every solution, always taking the charge and creating a community of support. He said he “believed we are about to see a surge in needs of this generation unlike anything in recorded history. And, we are not ready.” Steve understood that there is no single path to veteran support and that areas of need are interwoven. He educated all on what he called the pillars of need – behavioral health, education, employment, family support, legal assistance, finance, homelessness, reintegration and volunteerism. Through his work in philanthropy, he encouraged long-term investment in military and veteran philanthropy, to, as he taught, normalize military and veteran funding within the philanthropic community.

Beyond dedicating his career advocating for veterans and their families, he was a true friend and life-line for those in need. He would pick up the phone in the middle of the night to counsel veterans in crisis. Steve said, “I served 20 years in military and saw the best and worst that that humanity has to offer.  I saw the ugliness of war and the glory of men and women fighting side-by-side to protect one another.”

This is his legacy for us to carry forward: to stand side-by-side and continue to improve systems of care and serve our veterans in his memory. He is forever remembered in our hearts.