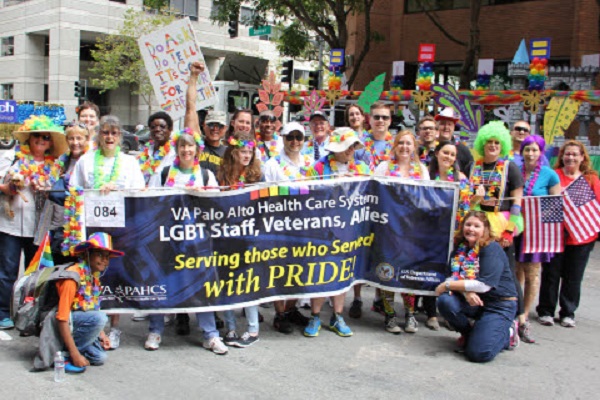 On the heels of LGBT Pride Month festivities, the Pentagon announced today they are lifting the ban on openly serving transgender service members. While it’s not entirely surprising given these plans have long been underway, questions of how the repeal will roll out among the branches are causing a stir.

The Department of Defense is the largest employer of transgender people in America, and despite this historical ban on serving openly in the military, trans people are two times more likely to serve in the military than other Americans.

For the approximately 15,500 actively serving trans members of the U.S. military who’ve had to serve in silence, marginalized and forced to hide because of outdated policies, reform has long been in waiting. The ban on transgender military service is regulatory and only requires action by the DoD to change, whereas “Don’t Ask, Don’t Tell,” the historical ban on open service for lesbian and gay identifying service members, was statutory and carried additional measures to lift the ban. Critics of the ban on transgender service have long been arguing that the DoD make the simple steps. While trans service members have always served, questions related to the rollout of the repeal, including medical issues and who and how they decide appropriate care, are new.

As the Palm Center recently pointed out in an opinion piece for the Military Times, solutions for some of these questions are simple: apply the same standard of care you would apply to every other service member. “Claims of ‘complexity’ come from an unwillingness to apply the same rules to everyone, perhaps out of fear that transgender members would actually meet them, undercutting the presumption of difference. It is this belief that transgender people are ‘other’ that creates the urge to develop complicated sets of distinct rules for trans and non-trans members.”

The same questions are asked of the VA as trans veterans access care for related health needs. While the VA has made progress addressing LGBT needs, including opening a handful of LGBT clinics, such as the ones in Cleveland and Tucson, agency-wide culturally informed and specific care is critical. During a recent focus group we conducted with San Francisco Bay Area trans identifying veterans, key needs included access to gender confirmation surgeries, access to providers who are knowledgeable about and sensitive to trans culture and health needs, and assistance and support to navigate the VA system of care.

In the last 40 years, Swords to Plowshares has served ALL veterans and dedicated our efforts to addressing the needs of marginalized communities, including trans veterans and others who’ve been disenfranchised and excluded from both the military and traditional systems of care.

Only time will tell if the military and VA can support the thousands of trans service members and veterans in both pledge and provision.

Megan Zottarelli, Senior Policy Analyst Institute for Veteran Policy
Megan directs our research, analysis, and technical assistance programs at Swords to Plowshares and writes numerous publications and curricula on veteran issues. She has a long history of serving underrepresented communities in nonprofits and received her Master of Public Administration with concentration in Public Policy from San Francisco State University in 2008.