Consequences of a Trans Ban 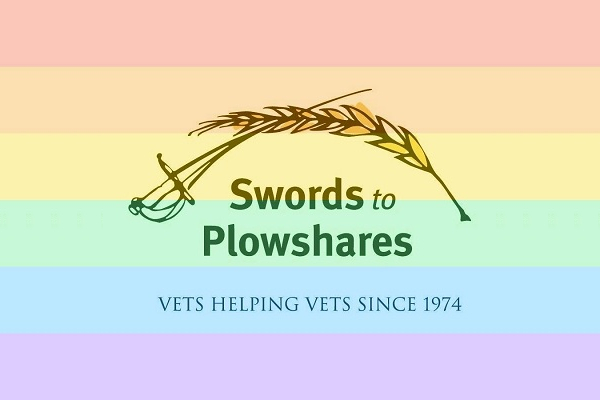 It began with a tweet. On July 26, President Trump tweeted out that after consulting with generals and military experts, it had been decided that transgender people would no longer serve within the Armed Forces. The decision was announced with such little consideration that even the White House couldn’t provide answers to basic questions about how the policy would be carried out. To this day, “A Guidance Policy for Open Transgender Service Phase Out,” has yet to be made public, and many are largely unsure of what is to come. Sources report potential actions from pushing for early retirement, ushering our enlisted at the end of their contract, and even firing trans officers up for promotion. What will happen to our future trans veterans and our current trans veterans if this policy decision were to be implemented?

Due to the policy’s hidden details outside of an outright ban and discharge on transgender service members, it is hard to navigate not only how we can estimate the impacts, but the finer details of these impacts. The VA, as it is not a part of the DoD, is not subjected to this policy. VA Secretary Dr. David Shulkin has said their commitment to transgender veterans will not change or be complicated by this guidance. However, if the ban is anything like pre-or-during Don’t Ask Don’t Tell, this means that service members who are pushed out could receive other than honorable (OTH) discharges, and this would deny VA benefits rightfully earned by their service.

Even if the VA isn’t affected, due to the VA’s own policy (as reported on by Swords to Plowshares) towards OTH discharges, many transgender veterans could be adversely affected, dependent on the characterization of their discharge. Additionally, these discharges could negatively impact additional benefits such as their GI Bill benefits, disability benefits, housing benefits, and healthcare benefits. A “trans ban” that is coupled with discharges that are less than honorable will create an extreme health and economic risk to current trans service members. The trans ban may not directly harm trans veterans as they are no longer in the service, but with trans service members in the crosshairs, it is important to highlight the impact of the trans ban on the trans community and the services they utilize.

The trans community, as a demographic, contains more service members and veterans than any other community within the United States. Only 7.3% of Americans have served in the military at some point, while roughly 20% of the trans community has served, nearly triple the national average. Trans acceptance within the military came with the repeal of the ban that was a decision of the Armed Forces, based on their own research that current leadership wrongly suggests there is not enough of. With so many trans service members, it must be recognized that the military is an essential part to the community’s livelihood for economic opportunity as they face major socioeconomic disadvantages on top of discrimination. The military has not only been a vehicle of economic mobility for working class Americans and Americans in poverty, but it has been a battlefield and bellwether itself on civil rights issues since President Harry Truman’s Executive Order 9981 which abolished racial discrimination within the Armed Forces, leading to an end of racial segregation within the armed services. The trans ban isn’t just an exclusion of people based on gender identity, it is an economic harm for an entire community, and a reversal in the push for trans rights.

We urge you to contact your representatives and tell them to support trans veterans by supporting Senate Bill 1820.

Tyler Solorio is a Policy Analyst with Swords to Plowshares. He provides outreach and technical assistance to community-based veteran services agencies, presents Combat to Community® cultural competency curriculum, and conducts research on an array of veterans’ issues. Tyler graduated with a bachelor’s degree in public policy studies from DePaul University.

Tyler spent six years in the U.S. Army National Guard. He is an OEF veteran who deployed to Afghanistan in 2011. He has served as an advocate for veterans’ educational and mental health services. Tyler is also a former board member on the Illinois Board of Higher Education, where he helped spearhead veterans’ education issues at the state level.