Back on the Right Beat, Veteran Gives Back through Music 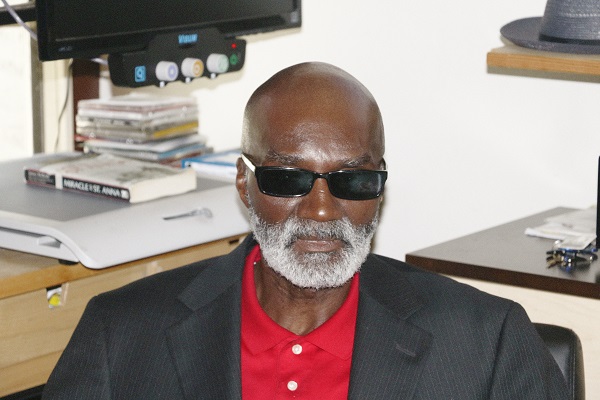 Winston Nichols, a Philadelphia native, served in the U.S. Army’s 82nd Airborne Division from 1977 to 1987. After spending a decade in the infantry, Winston left the Army as a staff sergeant and began his transition to civilian life with his then wife and children. Winston struggled with alcohol dependence after his time in the military and bounced around from job to job after leaving service.

Winston’s alcohol addiction eventually destroyed his marriage of over twenty years, his relationship with his children, and the loss of his job. This series of events led Winston to face the harsh reality of homelessness. He started out on the East Coast, bouncing around from town to town and staying with friends, at hotels, or on the streets before making it out to California.

Winston eventually found himself in the Central Valley and checked into the Fresno VA Medical Center for issues pertaining to his eyesight. While seeking treatment, it was discovered that Winston had glaucoma and cataracts in his eyes and that he needed a referral to see various eye specialists at the San Francisco VA Medical Center for further medical recommendations. With Winston being homeless and having no reliable mode of transportation to make his initial appointment in San Francisco, traveling presented quite the challenge for Winston. However, he ended up finding a way to get up to the city.

During his referral appointment, the doctor discovered that Winston was not sober at the time and informed him that he needed to obtain sobriety before proceeding with treatment for his eye conditions. Instead of his eye specialist turning Winston away, the doctor referred Winston to the Fresh Start program for substance abuse treatment. Winston went through a nine-month program, got clean and sober, and was able to receive treatment for his eye conditions as a result. During this time, he lost one eye and had it replaced with a glass one at the VA and had surgery to put in an artificial lens in his other eye. These surgeries led Winston to being designated as legally blind. Due to him being homeless for over a year, coupled with his significant visual impairments, Winston was considered a high-priority candidate for permanent supportive housing.

Winston ended up being referred to Swords to Plowshares for placement at an ADA-accessible unit at the Veterans Commons. With his housing situation now stable, Winston has continued to seek treatment for his eye conditions and has maintained his sobriety for over three years thanks to the supportive services provided by Swords to Plowshares and the VA.

Despite losing most of his sight, Winston is still an avid gym enthusiast and loves to serve up some drum beats on his five-piece set. Winston is often caught playing multiple times a week somewhere on Market Street or on Sundays playing at his church’s services. Winston’s love extends far beyond his music, as he continues to give back to others facing homelessness by donating any money he earns from his music.

“What I’m doing is a small thing, but it is helping people who are homeless and letting other people know, whether they’re veterans or not, there is a way out of this disease of alcohol and drugs,” Winston said. “Thanks to Swords to Plowshares, the VA, and my church, I’ve not only found hope, but can now help others.”