Are Veterans Getting the Education They Deserve? 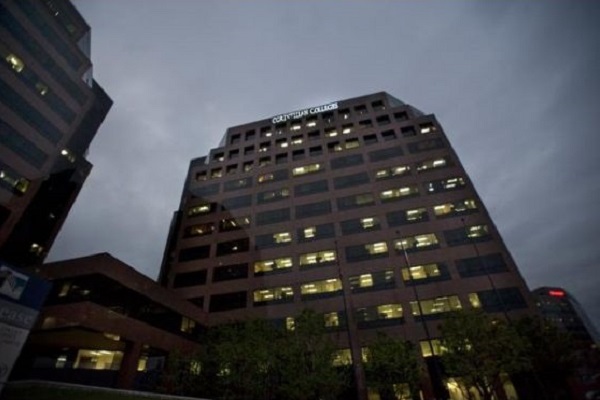 On June 27, 2014, the California Department of Veterans Affairs (CDVA) announced that GI Bill benefits are suspended for Corinthian Colleges Inc. Essentially, their schools operating in California — Heald, Wyotech, and Everest Colleges — are in danger of being sold or closed due to financial constraints, after the Department of Education increased financial oversight of the for-profit group. This raises the important question of whether California for-profit schools are providing quality education for veterans or whether they are cashing in on the GI Bill.

Corinthian’s GI Bill benefit suspension coincides with an article from the Center for Investigative Reporting by Aaron Glantz that poses the same question for the University of Phoenix — are student veterans receiving the education that they believe will lead to a career? University of Phoenix executives contend that the school provides an education in demand by veterans. The organization has been successful enough at marketing to veterans that its San Diego campus received $95 million in GI Bill payments over the last five years, surpassing the entire University of California system receipts for the same time period. In addition, GI Bill funds can and have been spent for unaccredited schools, including “massage schools, paralegal programs, and auto repair academies.” Forty percent of the schools that received $1.5 billion in GI Bill funds have failed state financial aid standards in the past four years. Four of these failures were University of Phoenix campuses.

Legislation to promote transparency, block non-accredited schools from receiving GI Bill funds, and limit for-profit advertising have failed to garner enough support in Congress. For-profit colleges spend millions lobbying Congress, thwarting efforts to enact changes at the federal and state levels. Some proposed changes did not even make it out of committee or to hearings.

These issues were raised on KQED Forum on July 22, featuring reporter Aaron Glantz, CDVA Deputy Secretary of Veterans Services, Keith Boylan, and Chief of Staff for the Apollo Education Group, Mark Brenner. The discussion included topics on the quality of education and value to veterans, accreditation failures, and expectations set by for-profit school recruiters.

CDVA looked at data for graduation rates and student loan default rates to get a sense of the problem facing veterans after graduation. They all agreed that it was difficult to define and measure value and better benchmarks were needed based on better data. However, it should be noted that for-profit schools lobbied against pending legislation aimed at improved data collection and transparency.

For-profit schools often offer greater convenience, particularly with online courses, and generally have easier admission criteria. California public schools are impacted with more applicants for fewer classes. Furthermore, veterans may need access to core studies to get back up to speed after military service. There is an expectation among many veterans that education is the logical next step to career development and the GI Bill is the means to that end. Many veterans pursue this next step without fully realizing that the school they choose may or may not meet that expectation. Boylan asserts that CDVA has the duty to ensure that “veterans going to school are making an informed choice.”

Note: “Veteran students enrolled in schools owned by Corinthian Colleges, Inc. (CCI) should continue to receive their GI Bill housing allowance for another term, thanks to an agreement reached between CCI and the California State Approving Agency for Veterans Education (CSAAVE), a unit of the California Department of Veterans Affairs (CalVet).” (CalVet press release, July 21, 2014)