What Do Veterans Need in the GI Bill? 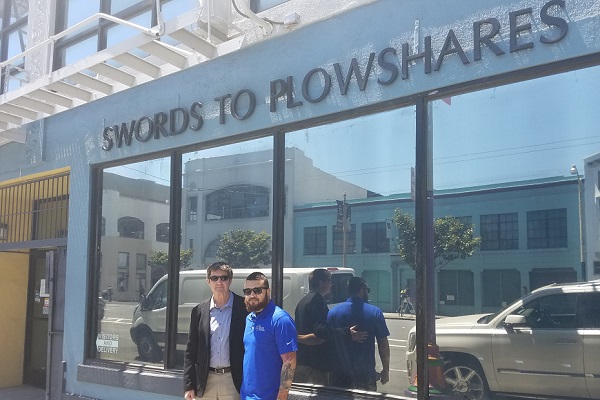 Here’s What They Said: Recommendations to Improve GI Bill Benefits

Many student veterans struggle financially despite the assistance of their educational benefits. Others are ineligible for the GI Bill and live in poverty while doing their best to pursue a degree.

When considering educational programs for veterans, it is important that we look closely at their unique circumstances. They have paid into and earned their educational benefits. Indeed, the opportunity to complete a degree weighs heavily on military recruitment and the decision to enlist in a volunteer force. When service members complete their military commitment, they differ from traditional students in important ways: they are older, may be married, may have minor dependents, and they are far more likely to be the first in their families to attend college. In addition, they have been away from academics for years, they are working through transition to civilian life, and they may suffer from physical and mental health issues.

While the GI Bill provides tremendous opportunities for veterans in education, the current provisions are simply not enough. The outcome is a lost opportunity, a loss on the significant investment we make in our service members, and the investment they make in service.

In light of the recent legislative efforts to improve the GI Bill, we state our support for the following provisions. Our recommendations come straight from the voices of veterans.

It is unrealistic and arbitrary to require veterans to use their GI Bill within 15 years of separation from the military. They have paid into and earned these benefits and should not have time limits to use them. The transition from military service to community can be a long one, and veterans should not be pressured to use their educational benefits at an inopportune time. Veterans should be free to figure out the road ahead without the fear of a looming deadline.

“It’s what happened to me… 15 years to use it or lose it. That’s why I quit my job, so I could use it before that 15… By the time I came back to school, I had 24 months. After that, no more VA education benefits.” – City College of San Francisco student

As Student Veterans of America and so many other veteran service organizations have outlined, we believe that veteran education benefits are not a cost of war, but instead a component of service, and should be a lifetime benefit. Congress should remove the current 15-year delimiting date within Chapter 33 benefits.

Additionally, while the GI Bill becomes a timeless benefit, it should not be tied in name nor in benefit to wartime eras, since we’ve seen this lead to cuts in benefits with previous iterations of the GI Bill. The Post-9/11 GI Bill should be one program that serves all current and future veterans, and should therefore be referred by name to reflect all generations as the GI Bill or “The Veterans Education Assistance Act.”

“If I didn’t have my employer pay for the first part of my junior college, I wouldn’t have been able to get an engineering degree with it. It doesn’t cover an engineering degree at all with all the courses you have to take. I think I would have had to take 140 units or something and you can’t take that in 36 months.” – UC Berkeley student

The current GI Bill is capped at 36 months based on the academic calendar. This is not nearly enough time for students even in the best of circumstances to complete their degree. High demand and limited supply of core and degree requirements can make it impossible to complete a degree in four years. Much like the civilian community, veterans pursue degrees with varying unit requirements, many requiring six years of coursework, and the GI Bill is not sufficient.

Veterans must often take out additional loans to cover the costs or be forced to pursue a different degree with less requirements. While some call for expanding support for veterans in STEM programs, singling out certain degrees for additional benefits may only constrict veterans’ degree choices and place limits on their opportunities. Veterans should be able to pursue their degree choice without worry that the GI Bill will cover the full degree.

“You get out of the military, what do you do? You go back to school. If you don’t have the GI Bill or VocRehab, it makes it really hard.” – City College of San Francisco student

Veterans with other than honorable (OTH) discharges are denied the GI Bill and are largely excluded from VA healthcare and benefits. Many have mental health issues connected to their military service. Rather than routing them to treatment, they’ve been pushed out of the military and excluded from VA healthcare, disability compensation, as well as educational and vocational rehabilitation benefits they are most in need of. This leaves them at high risk for unemployment, homelessness, and suicide.

Even veterans with a general (under honorable conditions) discharge are denied GI Bill benefits. These veterans may have committed the most minor “offense,” such as showing up to formation a few minutes late. The VA has announced they will extend some mental health services to OTH veterans, and extending GI Bill benefits to veterans with less than honorable discharges is a necessary next step.

4: EXPAND HOUSING ALLOWANCE TO ACCOUNT FOR THE ACTUAL COST OF LIVING FOR VETERANS

“You get forced into taking classes you don’t need, because you need the credit to stay full time to get your BAH, but you eat up your GI Bill so at the end you’re like, ‘Oh great, I’m three classes short of what I actually need for my degree, and I’ve got no more GI Bill.’” – University of San Francisco student

Post-9/11 GI Bill benefits include a monthly housing allowance (BAH rate) for eligible veterans and service members. While the rate varies according to the zip code and cost of living, it can often be insufficient in challenging housing markets, including the San Francisco Bay Area. Further, there are no supplemental benefits for veterans with families. This practice ignores the fact that students who have served are older and more likely to have families than traditional students. Expanding GI Bill benefits to meet the housing needs of student veterans is vital to their stability.

We support HR 245 – Veterans’ Education Equity Act. This bill amends Title 38, United States Code, to provide for the calculation of the amount of the monthly housing stipend payable under the Post-9/11 Educational Assistance Program of the Department of Veterans Affairs based on the location of the campus where classes are attended.

5: ELIMINATE THE GAP IN PAYMENTS BETWEEN SEMESTERS TO ENSURE VETERANS DO NOT STRUGGLE FINANCIALLY IN THE OFF MONTHS

“Make the BAH and everything continuous and constant throughout your whole time at the school, so it’s not all of a sudden you have winter break or summer and all of a sudden that completely cuts out and it forces you to make some tough decisions that aren’t necessarily in your best interest as far as your education.” – University of San Francisco student

Veterans we talked to mentioned the struggle of saving enough of their GI Bill funds to cover the gap months when school is not in session. In the Bay Area where housing prices are astronomical, covering rent and bills is near impossible, and getting a job for one month to cover the cost is an unreasonable expectation.

Another group often forgotten are activated Reservists and National Guard. Unless they have met the minimum requirement for service, they don’t receive the benefit. It was recently reported that several Purple Heart recipients who fell into this category were not provided full education benefits.  The active service of Guard and Reserve members is vital to operations, increasingly relied upon to fulfill missions, and like their active duty peers, Guard and Reservists should be entitled to GI Bill benefits.

7: PROVIDE RESTORATION ASSISTANCE TO STUDENTS WHO WERE ENROLLED AT DISCONTINUED FOR-PROFIT SCHOOLS

Students who were enrolled at ITT, Corinthians, or other discontinued for-profit schools have lost vital GI Bill benefits. Veterans were often persuaded through predatory practices to attend these schools and promised an education they never received, have depleted their GI Bill finds and have nothing to show for it. Many have been defrauded by these for-profit schools, but the student veterans bear the brunt. Their GI Bill benefits should be reinstated so they may still pursue a real education.

We support H.R. 1216: Protecting Veterans From School Closures Act of 2017, which protects student veterans when their institutions of higher education close by restoring veterans’ lost benefits. Veterans are currently the only student population that does not receive relief. This bill would be retroactive back to the closure of ITT Tech, but it should be extended back to the closures of the Corinthian Colleges system.