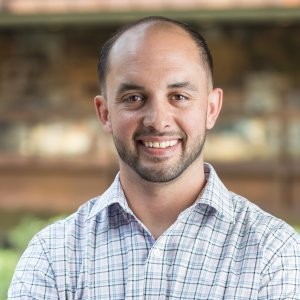 Thank you for your generous support of Swords to Plowshares’ mission and our 22nd Annual Veterans Day Dinner and Profiles of Courage Awards! As you know, our annual event raises funds to support our critical services to homeless and low-income veterans and their families but was postponed to show our support for the Marriott workers who were on strike at the time. We were pleased to have all your support and remind us that we made the right decision. With your help, this year we raised nearly $500,000!

450 guests honored our Profiles of Courage awardees and our Pro Bono Partner of the Year. Our guests demonstrated generosity during the “Fund-a-Need” while John Keker, a longtime dedicated supporter, rallied our supporters to donate.

Our Fund-a-Need goal was to raise $100,000 for our Veterans Legal Services Program which would enable us to leverage $2.5 million dollars in earned VA benefits and lifelong healthcare for the veterans we serve. With your support we hit our goal!

Our exemplary Profiles of Courage honorees

Donte Burney
U.S. Army 2006-2010
Donte served in the U.S. Army as a financial specialist and deployed for 18 months to Kuwait and Qatar in support of Operation Iraqi Freedom and Operation Enduring Freedom. After the conclusion of his service, Donte struggled with his transition to civilian life. Donte and his wife divorced, and as a result, Donte lost his home and the ability to see his children. As a means of coping, Donte began to self-medicate until he finally started to seek help and enrolled in a VA program to get clean and sober.

While enrolled at this program, Donte met Randall Flagg, a housing specialist with Swords to Plowshares. With Randall’s help, Donte was able to have a place of his own. Upon gaining housing, Donte finally had the ability to go back to school for coding and finish his bachelor’s degree. After completing his education and coding certification, Donte was able to pursue his passion and land an incredible career at LinkedIn as a software engineer. He lives in San Francisco with one of his teenage sons and volunteers his time teaching coding classes in the community.

Reina Garza
U.S. Navy 1984-1988
Reina served in the U.S. Navy from 1984 to 1988 as an operations specialist on the USS Dwight D. Eisenhower and deployed to Central and South America. She has four children, and after leaving the Navy, she began a career working in the oil fields to provide for her family. In 2006, she was working as a commercial diver in the Gulf of Mexico when Hurricane Katrina hit—because of the storm, she lost all her possessions, which were stored in New Orleans.

At around that time, Reina came out as a transgender woman and was subsequently rejected by her community. She lost her entire support system and ended up on the streets, eventually coming to San Francisco on December 21, 2014 with nothing but the clothes on her back. After spending time in the city’s shelter system, Reina was referred to Swords to Plowshares, where she finally received the support she needed to put her life back together. At Swords to Plowshares’ transitional housing program on Treasure Island, Reina received help finding a job, securing housing, rebuilding her credit, and more. Reina found a career she loves as a cook at Ocean Ale House in San Francisco and an apartment near her work. Today, she continues to be happily employed at the same job, has a new supportive circle of friends, and is reconnecting with her family.

Our Pro Bono Partner of the Year

Orrick, Herrington & Sutcliffe LLP
Orrick’s pro bono program has been praised for the dedication of its lawyers to supporting diverse causes with tangible results—including high-profile immigration disputes, civil rights litigation and grassroots global development through an innovative impact finance initiative.  Orrick strategically allocates its pro bono resources to ensure that each lawyer’s work has the maximum impact for the client and the community.  Pro bono work is essential to our firm culture and an important part of every lawyer’s contributions to our communities in each of our 26 offices across the globe.  One of our many pro bono practice areas is work for veterans, spanning cases seeking VA benefits, discharge upgrades and many other issues.

Since 2013, lawyers from Orrick’s Bay Area offices have been involved with Swords to Plowshares’ Veterans Pro Bono Program, managing numerous full-scope cases and regularly staffing Legal Drop-in Clinics. In addition, we have had a continuous presence on Swords’ pro bono advisory board.

On behalf of Swords to Plowshares and the veterans we serve, we thank you for being part of this loyal community dedicated to helping veterans successfully transition from combat to community.

Check out our photo album of the 22nd Veterans Day Dinner on Flickr:

More from our blog

From the Streets to Housing: Helping Veterans Stay Safe & Shelter in Place

From Combat to Community Counselor: How One Veteran Joined the Fight to End Veteran Homelessness

On The Frontlines During COVID-19

READ MORE
back to blog