Veteran Leans on His Military Experience and Our Services 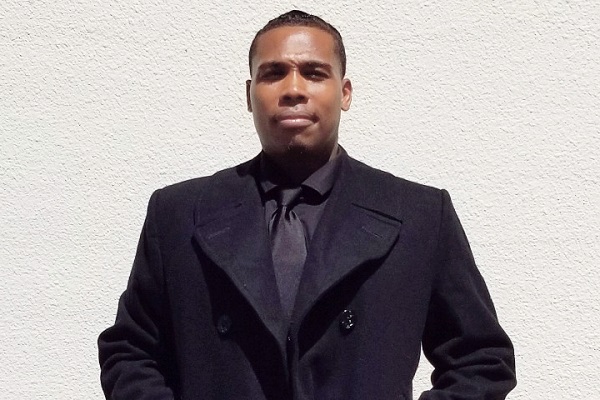 Mike Brown, an East Oakland native, joined the U.S. Navy in December 2011 with the goal of one day obtaining a higher education using his GI Bill. As a married, father with a young son and another child on the way, he says of his choice to join the military, “My going to college was the motivation behind joining the Navy and I did not want the burden [of paying for my education] to fall on my family.” When he separated from the military in 2016, Mike immediately enrolled in school and began to pursue his bachelor’s degree.

Transitioning out of the military was not what Mike expected it would be. He reflects on that time, stating, “I got acclimated to being in a lifestyle of camaraderie where we all worked together. We had to look out for one another because nobody else was going to do it. After I got out, it seemed as if the world had changed. There was no sense of community.” During his separation, he encountered many people who left him feeling like he did not have the support he needed.

During his transition back to civilian life he realized what he wanted to pursue was one day opening his own high-end security firm, so he began the process of obtaining his Guard Card certification. He was referred to Swords to Plowshares through a training provider in downtown Oakland. Mike then proceeded to enroll in our Employment & Training program and work with his Employment Specialist, Evonne Williams. Evonne helped Mike obtain his Guard Card and provided him the supportive services he needed to stabilize himself and his family while he completed the training. He says of his experience working with Evonne during his Guard Card training, “Evonne helped fuel my flames and helped alleviate the stress and anxiety in my life. Even though I tried to work as hard as I can, there were times that my family needed extra support and Swords was there to provide that.”

Once he completed his training, Evonne connected Mike with Swords to Plowshares’ employer partners, and Mike was quickly hired on as a security guard in San Francisco. Mike’s hard work paid off, as the employer he was contracted to work for quickly realized the skills and experiences that he brought with him from his time in the military. Mike was offered the district manager position by that employer within a week of his original start date.

Now, Mike manages all the security services for a chain of clothing boutiques throughout the state of California and is one step closer to establishing his own high-end security company. Mike says of his motivation to continue to excel, “My drive and motivation behind everything I do is my family.” Mike’s goals have not changed since separating from the military. He is currently enrolled in classes in pursuit of his bachelor’s degree, works full time, and still plans on establishing his own company one day.