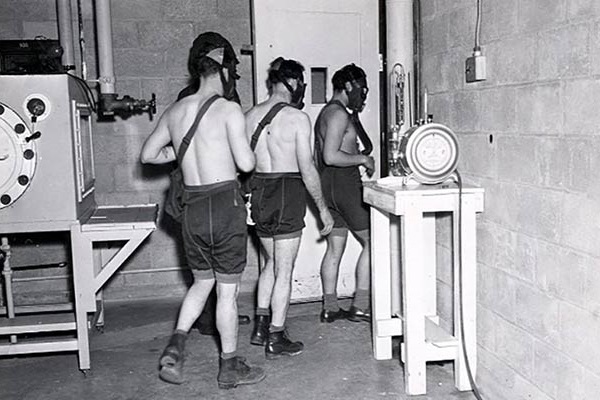 Veterans deserve information and care for issues that arise in and from service. This is the commitment we make to our servicemembers and they bear a great risk in service to country. Denying them their due is unconscionable and unpatriotic.

Swords to Plowshares is proud to fight for these veterans with our legal partners to ensure these veterans get treatment for the conditions as a result of their service.

‍San Francisco Chronicle - Thousands of military veterans who were exposed to chemicals during decades of secret weapons testing are entitled to up-to-date government information about possible health hazards but can't get government-funded health care outside the Department of Veterans Affairs system, a federal judge in Oakland has ruled.

Wilken was a limited victory for veterans' organizations, who had argued that the VA health care system is overburdened and inadequate for the needs of those veterans, and that the government should pay their private medical bills.

Wilken said the government is shielded from such lawsuits because it has established the VA system to treat veterans, along with a special Court of Appeals to hear complaints of substandard or withheld care.The veterans "have not shown that the care is inadequate or that they are unable to address any inadequacies through the (VA) system," Wilken said.

That's not good enough, said Eugene Illovsky, a lawyer for the plaintiffs, who include Vietnam Veterans of America, Swords to Plowshares, other organizations and individual veterans.

"The VA system is a rationed system," Illovsky said Thursday, noting that those affected by the ruling may be in the tens of thousands. He said no decision has been made on an appeal, but "we're going to try to keep fighting on the issue as best we can."

He said he was pleased, though, at Wilken's ruling that the government has an ongoing duty to notify the veterans of new information it learns about the chemicals' potential health effects. The Defense Department and VA had previously denied any such obligation.

The United States began testing chemical weapons on consenting service members at the end of World War I and expanded the practice during World War II, when more than 60,000 veterans were used as subjects. At least 4,000 of them were exposed to mustard gas and a chemical weapon called Lewisite, according to government reports quoted by Wilken.

Cold War-era testing included psychiatric drugs, such as LSD. About 7,800 soldiers were exposed to chemical and biological substances at the Army's laboratories at Edgewood Arsenal, Md., from 1955 to 1975. The Pentagon said it then stopped testing chemical weapons on live subjects.

The testing agencies said they obtained consent from each participant. But Wilken, in a previous ruling, said government officials had acknowledged that they did not provide full information to all participants about the chemicals and their possible effects.

Under binding government regulations, Wilken said Wednesday, "the Army has an ongoing duty ... to provide test subjects with newly acquired information that may affect their well-being."Illovsky, the veterans' lawyer, said the ruling would help them obtain health care and "maybe provide peace of mind."