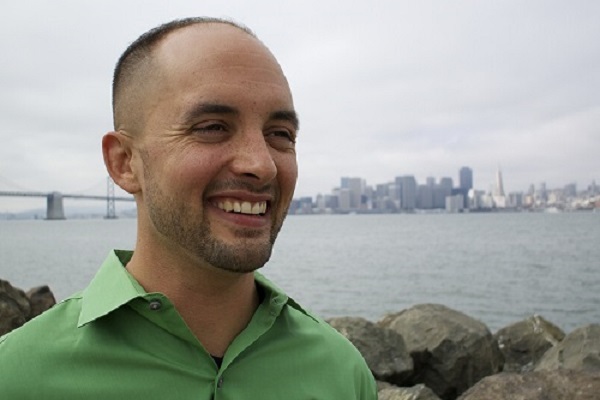 Swords to Plowshares congratulates its own Kevin Miller for being named both a California Local Leader and a National Leadership Award winner by Americorps Alums, the alumni organization for graduates of Americorps VISTA (Volunteers In Service To America).

Americorps VISTA, a national service program that works to eliminate poverty, celebrates its 20th anniversary this year. Miller, whose service was recently recognized by the White House, will speak to his experiences at a commemoration ceremony to be held Sept. 12 at the Presidio in San Francisco from 8:30 a.m. to 10:30 a.m.

Miller, a former Marine Infantryman, served combat tours in Iraq, Bahrain, Saudi Arabia and Djibouti. After returning to civilian life, he joined VISTA as a Veteran Employment Research and Outreach Coordinator at Swords to Plowshares.

"Being a combat veteran, there's a lot of stigma attached to that and it's tough to find employment. I wanted to find a career where I could give back. VISTA gave me the opportunity to work with veterans going through similar struggles." - Kevin C. Miller, Americorps VISTA

Though volunteers are paid a stipend, the lean salary is intended to mirror the hardships that many veterans experience, especially homeless and low-income veterans who rely on community-based organizations like Swords to Plowshares.

"Being a combat veteran, there's a lot of stigma attached to that and it's tough to find employment. I wanted to find a career where I could give back," Miller said. "VISTA gave me the opportunity to work with veterans going through similar struggles. It's been a fulfilling experience to help break down those barriers."

With 900,000 Americorps alumni nationwide and more than 500 nominations this year, Miller said he was both stunned and thrilled when he learned the news -- even more so when he received a congratulatory letter from the White House.Miller now works as a Strategic Partnership Associate for Swords to Plowshares, a nonprofit that connects military veterans to community resources. Swords to Plowshares, which celebrate its 40th anniversary this year, was founded by five VISTA alumni. "Kevin is a tireless advocate for his peers to ensure they have access to the best opportunities and resources," said Swords to Plowshares Executive Director Michael Blecker. "As with many veterans, Kevin's journey has not been without challenges and missteps. But that's what makes him a great advocate for his peers, not despite the obstacles he has faced, but because of them. He truly understands and fits into our vets-helping-vets model."