Shutdown Hits the Most Vulnerable the Hardest 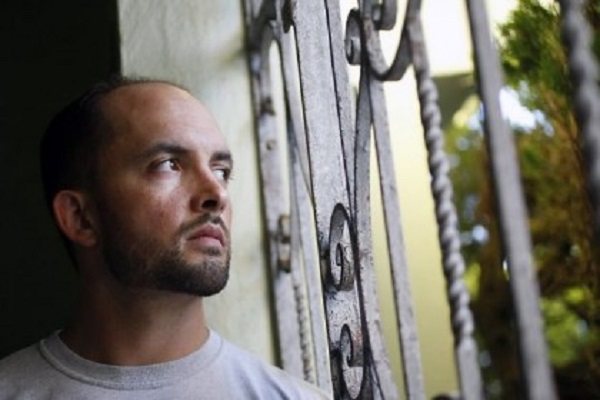 These are just a few of the hammer blows that could fall upon the poor if the federal government's partial shutdown spills into November, according to managers of public assistance programs throughout the Bay Area. And in small ways, some of these blows have already begun to hit.

For now, most state and local agencies that help the needy with everything from disability checks for veterans to housing subsidies and groceries for the elderly are running on funding they've already banked - the equivalent of draining down a battery. But for many agencies, that's good for only a month or so.Come late October, the real pain begins if the shutdown continues and no new funding is allocated.

"This is a man-made disaster, and if it goes on much longer it will be devastating," said San Francisco Mayor Ed Lee. "Many families will be hurt by this. A lot of people live check to check and can't afford to have this kind of interruption in income."

Already this week, four homeless military veterans were unable to move into supportive housing units in San Francisco because the U.S. Department of Housing and Urban Development abruptly stopped processing paperwork for them, Lee said. Seventeen families that were set to move into supportive housing apartments Monday are stymied by the same stoppage.

What makes the prospect of tattering the nation's safety net even scarier is that, with federal offices shut down, there is often no one to call to find out what's going on, say program managers and clients alike.

That's a big problem for Kevin Miller and Josh Hessler.

"We'll just have to see how my landlord feels about that IOU," said Miller.

They are among the 11,000 federally funded AmeriCorps workers assigned to community programs in California who have been ordered to remain at work, even though they won't get paid until the shutdown ends. Both are military veterans working in San Francisco with the nonprofit Swords to Plowshares, which helps veterans transition into civilian life.

Miller, 29, is a former Marine sergeant who did three tours of duty in the Middle East and knows how to get out of a tight jam. He was in a truck blown up by improvised bombs, and suffered spinal and head injuries from other combat clashes. But he's flummoxed now.Miller's sole notice that his upcoming AmeriCorps check was being canceled came in the form of an e-mail ordering him to stay at his post as a counselor while he takes an IOU for pay. End of conversation.

Miller's only other income, a monthly veterans' disability check, may also dry up in November, because the military is committed to fund only active-duty personnel during the shutdown. And since he, like Hessler, struggles along on less than $3,000 a month, there's no wiggle room. Especially in a town as expensive as San Francisco.

"We'll just have to see how my landlord feels about that IOU," said Miller. "I'd love to be able to talk to someone about this, but all my supervisors were furloughed and their websites are shut down. Nobody picks up the phone."I just really don't understand what Congress is doing," he said. "There were plenty of times when I was in the Marines when I didn't agree with what I was being told, but it never stopped me from getting the job done. Congress should be the same. They're not getting the job done."Army veteran Hessler, 32, is in the same straits.

"If I can't pay rent, I don't have a place to live," said the former specialist, who also draws disability pay. "It's pretty simple."

Michael Blecker, who heads Swords to Plowshares, pointed out that many of the programs he relies on from the U.S. Department of Veterans Affairs to help homeless and poor veterans shut down last week were impacted but continue to function. [correction] Key programs include one that helps navigate claims for pay, including disability.Swords also depends on federal funding to maintain permanent and transitional housing for 300 formerly homeless veterans. That's at risk, too.The Veterans Administration's response to queries about funding comes in a terse message posted on its website indicating that after late October, pension, education, vocational and other compensation payments "will be suspended when funds are exhausted."

"This is a different VA from the one we had in 1995 during the last shutdown, when it mostly consisted of hospitals and sending out some checks," said Blecker, who also directed Swords during that crisis. "Now it's branched out in the community in a huge way, being far more involved in housing, counseling and helping the homeless.

"There are thousands of veterans in this state whose livelihood is at stake in this shutdown."

For low-income children, the shutdown's effect could skitter into their schoolhouses as early as November.The federally funded program that dishes up 4.5 million breakfasts and lunches at California schools every day has only enough cash on hand to get through this month, said H.D. Palmer, deputy director for external affairs for the California Department of Finance.

Same goes for the Supplemental Assistance Nutrition Program, commonly referred to as food stamps. The 1.9 million Californians who rely on as much as $250 a month from it can count on the help in October - but not afterward."The further out we go in this shutdown, the more questionable things become," Palmer said. "Things could start getting very tight."

Trent Rhorer, executive director of the San Francisco Human Services Agency, said elimination of food stamps would affect far more than just recipients, just as the furloughing of 7,000 federal workers in San Francisco has left them with less money to spend in the community.

"For every dollar spent in food stamps, there is actually a $1.84 economic impact when you take into account the effect on distributors, merchants and the rest," he said. In San Francisco, where 35,000 people a month use $8 million in food stamps, that translates into $14.7 million in potential lost economic activity."That's huge," Rhorer said.

Looming funding shortages next month could also ripple into many food delivery services for low-income folks, such as Meals on Wheels or the federal Commodity Supplemental Food Program that each month delivers a box of groceries to more than 70,000 senior citizens in California.

Local food banks are girding to help fill in the gap if those services go away in addition to food stamps. But their managers say it's unclear if they could make up the difference.

End of the month

"Most low-income people's money runs out at the end of the month, so that's when we usually get busy anyway," said Blain Johnson, spokeswoman for the San Francisco and Marin Food Banks. "But this would be much worse."Another program attracting serious worry is the Special Supplemental Nutrition Program for Women, Infants and Children, known as WIC. The government spends $1.3 billion on the program in California alone.Statewide, 1.4 million mothers and children living near or below the poverty line depend on its vouchers for healthy food, breast-feeding support and infant formula - but in November that help will significantly dry up."

We'll try to keep going on WIC and our other programs, and not stop until the federal government tells us we have to," said Barbara Garcia, director of the Department of Public Health in San Francisco, where the program serves 15,000 women and kids. "But they haven't said anything to us, because they are shut down. ... This is not good for people."

Brooke Colwell, a 34-year-old unemployed schoolteacher, said that if she doesn't get her food stamps or assistance from the nutrition program, she and her 6-month-old daughter will go hungry."WIC is super helpful with making sure you eat healthy while you're pregnant and then after, and I don't know what I'd do without it or my food stamps," Colwell said as she visited the program office in downtown San Francisco last week.

"This government shutdown sounds like a temper tantrum," she said. "It's stupid. It feels like we're still barely coming out of the recession, and they're just sticking it to the little guy."

Health: New patients are not being accepted into clinical research at the National Institutes of Health.Taxes: The Internal Revenue Service will not process any tax refunds during the shutdown.Work safety: Federal occupational safety inspectors have stopped workplace inspections except in cases of imminent danger.