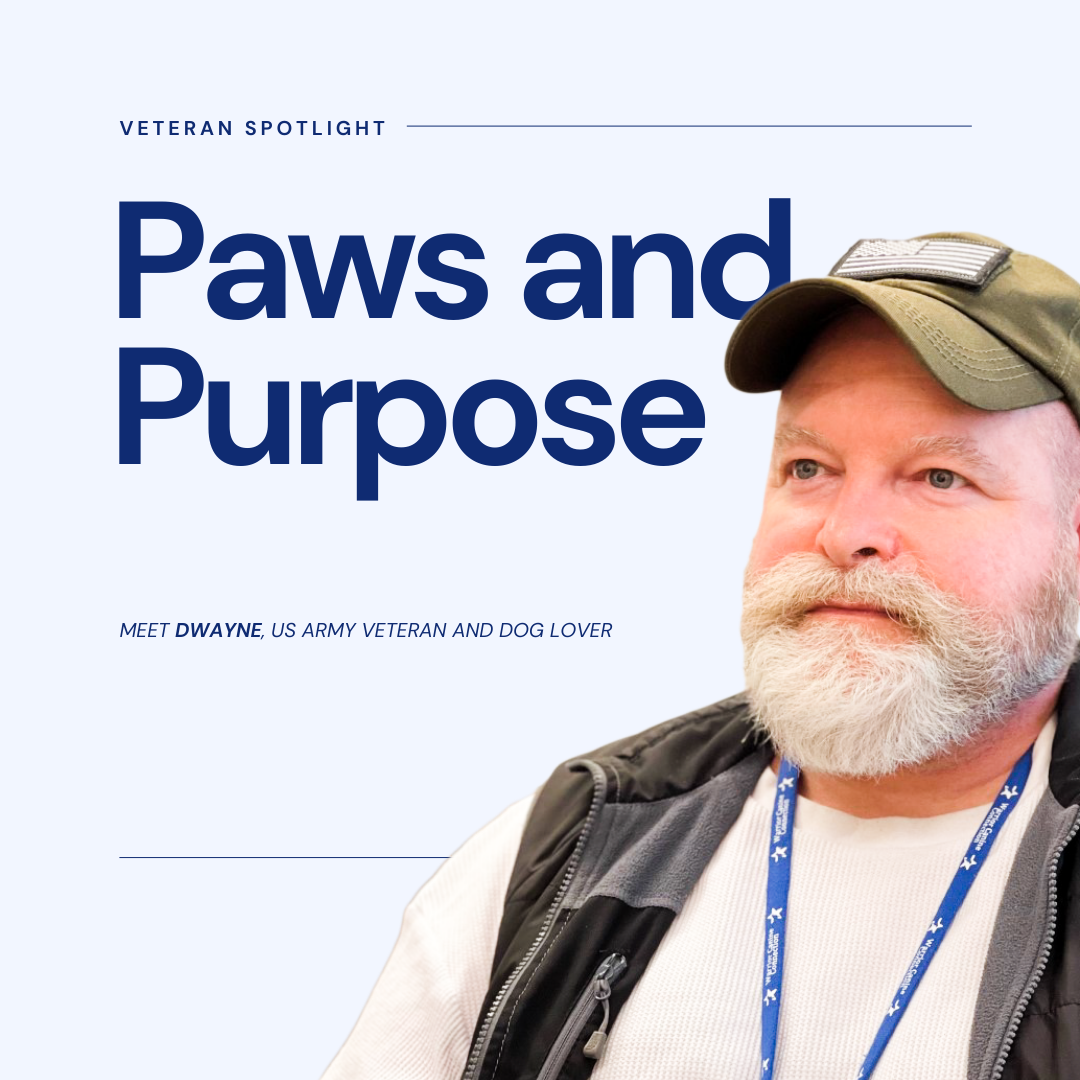 Dwayne Nicely, a 56-year-old Army veteran, reflects on the experiences that brought him to Swords, “I have learned from my mistakes. There is a lot in life we can’t control. But I know I can control my actions.” Some of the adversity he experienced in life, namely his disability status and past housing insecurity, are deeply connected to his military service, but the most recent blessing of finding a secure home at the Edwin M. Lee Apartments (EML) is also thanks to his service. Having housing stability has not just benefitted Dwayne’s overall wellbeing, but it has also given him the opportunity to connect with the veteran community through the supportive care and partnerships we provide at Swords.

Born in Michigan, Dwayne has family members who served in the military and worked in the auto manufacturing industry. His grandfather served at Pearl Harbor, and many of his other family members either served in Korea or Vietnam. Dwayne served in the Army as a combat signalman in Germany for 4 years, from 1984 to 1988. During his service, Dwayne injured his abdomen which resulted in a disability. After he left the Army and came back to Michigan, Dwayne did not want to disclose his disability in fear of risking his chance to gain employment. Dwayne worked at General Motors until 2010, when his job was unfortunately terminated. Around the same time, Dwayne’s home was illegally foreclosed on. Though he reached a settlement, it was not enough to put him and his family back on their feet. A father of eight, Dwayne decided to leave Michigan to find better job opportunities.

After moving to San Francisco to be with his younger brother, Dwayne secured a manufacturing position at the McRoskey Mattress Company. In 2016, Dwayne and his brother both lost their jobs and saw themselves facing homelessness. Eventually he was solicited on the street by the San Francisco Homeless Outreach Team, which got him the opportunity to work as a street cleaner downtown. Along with his brother, he frequented shelters in the Tenderloin and found transitional housing with the Salvation Army. The professionals there guided him to our permanent housing programming, and he finally moved into the EML in 2021.

Dwayne says that living in the EML has improved his overall wellbeing and social life. With his home in beautiful Mission Bay, he does not stay inside that much anymore. His involvement with the organization Warrior Canine Connection (WCC) has been one of his favorite social outlets. WCC enlists veterans to help train dogs to be service animals for veterans with visible and invisible disabilities. Dwayne was the first resident at EML to participate in the program and it amazes him to see how much it has grown. The training sessions provide veterans with an activity that benefits their mental health and builds a sense of community. “I see some guys arrive crabby, but when they spend time with the dogs it brings everyone’s spirits up,” says Dwayne.

The dogs remember each veteran even though they go between different people in the group during their weekly training sessions, and the sense of connection between dogs and veterans is strong. Dwayne adds, "seeing them remember you is special... They become part of the family.” The program has brought Dwayne and many other veterans a chance to connect with their community while benefiting from the therapeutic impacts the dogs bring. Specifically for Dwayne, it also gives him a sense of purpose and leadership that he did not expect to receive when he found a home at EML.