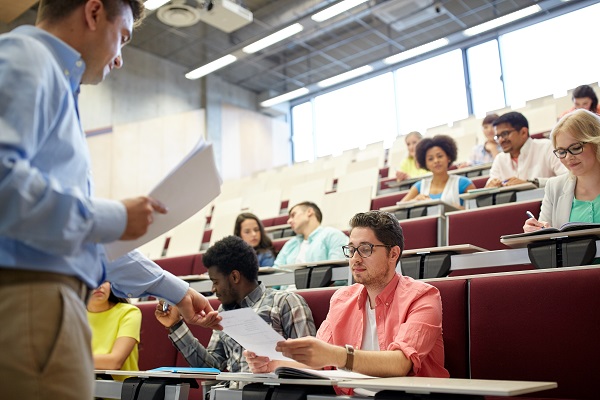 Important note/update: Bridgepoint Education, the parent company of Ashford University, contacted us to request immediate changes to our original article and reserving their right to seek further action against us. As of March 26, 2018, we have made changes to more clearly attribute allegations and clarify the regulatory process that took place.

California regulators recently notified Ashford University, a for-profit educational institution, that they do not intend to allow Ashford University to receive GI Bill payments. This decision was supported by the California Department of Veterans Affairs (CalVet). CalVet has closely monitored for-profit colleges and universities to mitigate predatory practices targeting veterans and their families.  Federal rules require that colleges that serve student veterans be approved by the veterans’ agency in their home state. In this case, that state veterans’ agency is CalVet. Ashford University’s parent corporation, Bridgepoint Education, is headquartered in San Diego, California.

In a recent article published by the Mercury News, California Attorney General Xavier Becerra said, “Ashford University preyed on veterans and people of modest means. This for-profit college illegally misled students about their educational prospects and unfairly saddled them with debt,” said Becerra. “College is too pivotal and precious to let a predatory for-profit company swindle our daughters and sons out of the higher education they’ll need to get ahead.”

For-profit universities and colleges have engaged in questionable practices with student veterans, such as marketing with drastically inflated job promises while charging twice as much in tuition costs compared to public institutions. This is not a new practice, and Ashford University is not unique in the criticism it faces. What policies would protect student veterans from predatory for-profit universities?

The Chronicle on Higher Education’s reporting, brought to light Ashford University’s attempt to relocate their headquarters to Arizona which would conveniently side step California’s oversight.

To protect student veterans and their benefits, it is not enough to pursue for-profit schools and their exploitive practices. The closure of a problematic institution protects future student veterans, but it does not safeguard current students. Even if benefits are returned to a veteran after a school closure, years of their academic careers have gone to waste pursing an education that underdelivers.

Regulating GI Bill funding similarly to Federal Student Loan programs is a start. For-profit universities have repeatedly demonstrated bad behavior and need to be more closely regulated to protect student veterans and the investment in their education. It is in the best interest of veteran and higher education groups to push for increased regulations and penalties against for-profit institutions that misuse these benefits. The veteran community needs to be informed and identify institutions that have little interest in educating the next generation of student veterans as we fight to ensure the education benefits merit their investment in service to country.