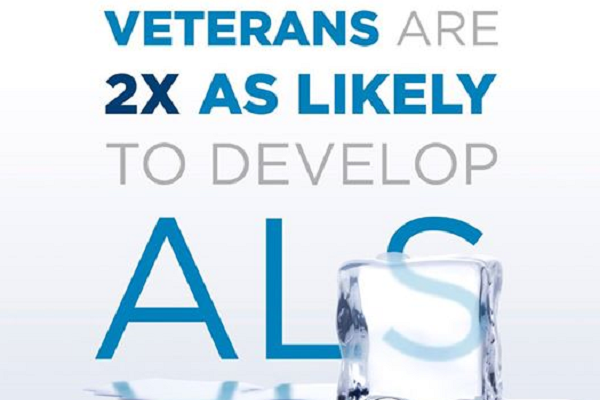 ALS weakens and eventually destroys the body’s motor neurons, eventually leading to paralysis. Despite this deterioration, more often than not, the sufferer’s senses, personality, intelligence and memory remain unaffected, leaving them cognitively aware even as they may become fully paralyzed. Veterans are disproportionately affected by the disease, with Gulf War veterans the most affected. Overall, veterans are twice as likely as the rest of the population to develop ALS.

No one knows the exact cause of the disease, or a remedy to cure it. In response to the high veteran rates, in 2008 the Department of Veterans Affairs published regulations establishing ALS as a service connected disease. The Center for Disease Control launched the National Amyotrophic Lateral Sclerosis Registry Program in October 2010. We encourage all veterans and all other people affected by ALS to sign up for this registry which will collect information to help build the knowledge base for this disease.

In 2011, the Department of Veterans Affairs recognized ALS as a presumptive disease and raised the disability rating for those with the disease from 30% to 100%. The increase in rating is not just for the veteran but for their family as well; the 100% rating allows veterans’ families to be eligible for benefits such as the Civilian Health and Medical Program of VA (CHAMPVA), and makes veterans with ALS medically eligible for grants up to almost $68,000 to adapt their homes.

Kevin C. Miller
Kevin served in the United States Marine Corps infantry from 2002-2006 with multiple deployments to Iraq. He graduated from Humboldt State University with a BA in Recreation Administration and a minor in Business Administration.

He works at Swords to Plowshares as the Strategic Partnership Associate and his primary focus of work includes building partnerships between employment and training providers, relevant state entities, not for profit associations and private employers. Follow his work on Twitter and LinkedIn.

Feature image from The Department of Veterans Affairs